Some ponies and horses trained here…

CS Ultra 1m47, by Ultra du Gué out of Manna, by Gulf Stream

Trained by us in late 2004, "I am" was later shown in GP cso pony ridden by Laurent Hortense, before being exported and participating in the European Championships. 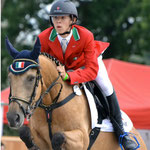 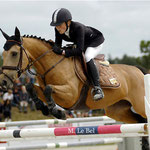 SF by Natif de Corday out of Une de Mars, by Fast

Small bay mare with a great jump, Kenza discovered showjumpin under our direction and participated in his first competition in training under saddle with Julie. Sold the following season, she qualified for the National Finals in the first years 5 years CL.

WCob by Orient la Brée out of Cherry Bleu, by La Brée Eros

Broken in the spring of 2004 at home, Landlord has subsequently been sold and, in his first season of competition, he managed to get a nice seventh place in the first round of the Championships in Fontainebleau France Benjamins. 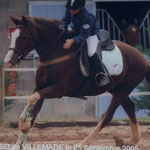 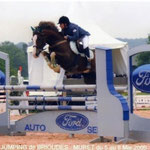 Broken in and trained in young horse classes and amateur classes up to GP 115, "Ony" has proved the scope for up to 125 cm under saddle with his young owner, and still counting ! 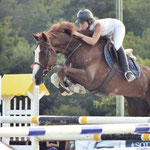 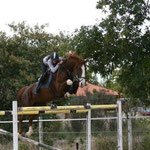 DSA by Flash de Syrah out of Ustina de l'Oustal, by Miquelon

Broken in 2007, Quismy was then steered towards his abilities in endurance, and was sold to a young endurance rider. Both easily qualified for the National 5 year old Final of 60km and now show results in tests Elite amateurs (130km). 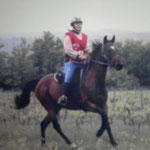 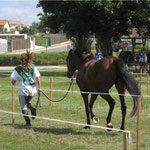 Broken, just starting jumping and competing, and managed a double qualification for the National Finals at Fontainebleau and young horses results in tests up to 115. This was the program with Quiara. Note that we also started work under saddle with her mother. 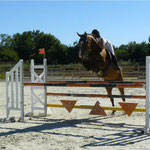 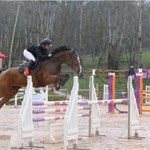 CO, 1m46, by Vandale Daf out of Vénus du Pech, by Ard Breeze

A brilliant pony full of promise, Rom Coco was given to us at the age of 6 years in 2011. He finished his season with CCJP 10 clear rounds / 11 courses, won a precious mention "Elite" at the National Finals Sologn'Pony and is now approved Poney Francais de Selle. 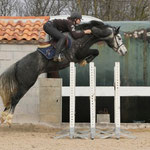 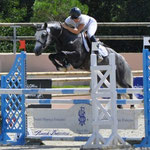